Ask anybody who has one.

Within our society, they serve as protectors, companions, workers, and guides.

Many breeds have now been with us for centuries and others have been around for much longer than that.

Taking an evolutionary divergence from the wolf, dogs are considered the first domesticated animal, as evidence suggests that they’ve been living side by side with humans for over 10,000 years.

My dog is the closest friend I have in life.

The bond we share is a sacred connection developed over time through nurture and discipline, love and obedience, dedication and patience.

He’s a 100lb Blue and Tan Doberman, and the best friend I’ve ever had.

The only time we’ve been separated for more than a day or two was during a stint I did on a cruise ship as a fitness instructor. One of my best friends took care of him during the time I was away and was repaid handsomely.

Upon returning to Canada, my buddy had relocated to Toronto for work and grabbed a two-bedroom spot in a North York neighborhood, so I stayed with him for a month until I got myself sorted with a job and a new place.

Most all of our neighbors were Afghanis and many had just recently immigrated to the country.

When I would walk my pet monster through the streets, children would scream and women would grab their babies and run for cover.

Perhaps where they’re from the dogs are wild and attack humans, but here in Canada, we have over 50 million dogs, many of which are loved and adored by their owners.

As comedic as it was, the differences between our cultures were very apparent.

I remember being asked to leave a barbershop down the street after the owner said; “Sorry, too many tattoos.”

One particular evening, I was outside letting my dog pee around 3:30am, which always seems to be an interesting hour.

From across the street came a loud noise; Voices screaming and bottles smashing.

As any normal human being might do, I glanced over towards the commotion.

“What the fuck are you looking at whiteboy!?”

A group of four Arabic youths began crossing the street towards me.

As usual, the smallest guy in the group was the most vocal.

While this was all going down, my Doberman was still out of their sight, taking a piss behind a Toyota.

I had that fight or flight moment.

My decision was instantaneous.

This was my neighborhood too. I live here and there’s no way in hell I’m going to stop walking my dog or hide in fear from coming outside.

The four thugs continued across the street towards me, yelling profanities and amping themselves up for a brawl.

I took a deep breath and came out from behind the car, with my Doberman in tow.

What happened next could have been a scene from a movie; All four of them stopped dead in their tracks and put their hands up high in the air.

I walked right up to them and made sure to drill my point home.

“What’d ya just say about jumping me?”

The little guy who started it took off running down the street screaming bloody murder.

The other three stood frozen in place and literally begged me not to come any closer.

I calmly told them to fuck right off and leave people alone, they all nodded and apologized profusely before taking off in the direction they came.

How different that scenario may have played out if my dog wasn’t with me.

This was just one of many examples where my canine pal had my back.

I’ve got some great friends in life and people I wouldn’t hesitate to kill for, but the bond between dog and owner is judgment-free and unquestionable.

I don’t have to wait for a phone call back or hope that he hears me.

One snap of my finger and he’s by my side.

It’s hard to find that with people.

If you’re in a position to own a dog, with the available time and finances to do so, then it’s my suggestion that you very well should.

Raising a dog and creating that unbreakable bond between beast and man is a sacred act that traverses culture and time.

Most dog lovers would concur that it’s likely encoded into both our DNA.

If you already have one or more, give them some extra love today.

If you don’t have one yet, then I urge you to think about it. 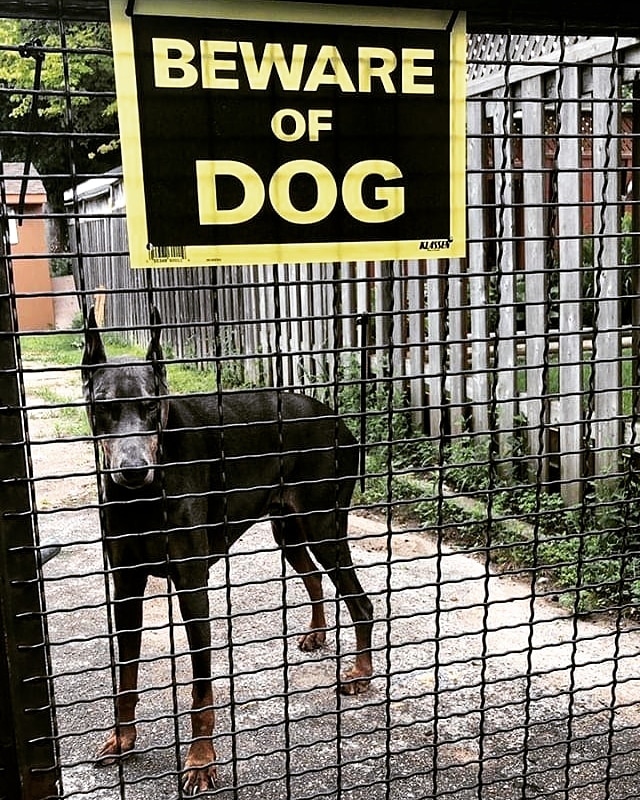